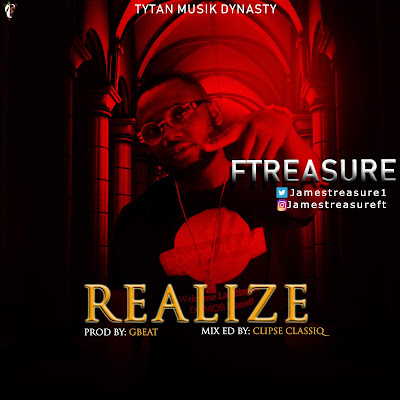 The fast-rising singer Franklyn James popularly known as  FTREASURE, is a guitarist and a song writer he is the brain behind DAVIDO hit song ASSURANCE, Ftreasure was playing around with Assarance at HKN music were DAVIDO step in and SHIZZI introduce Franklyn James as a boy he found on IG then DAVIDO was amused by the sound FTREASURE was composing and then ASSURANCE was made successfully… Since FTREASURE has then became a hit maker.
FTREASURE drops a new song on his birthday June 9th. Titled REALIZE, the song is produce by GBEAT of lugo record and it was mix and master by CLIPSE CLASSIQ of  la’danat record !! Its a sound you gonna love..
CONNECT WITH FTREASURE @jamestreasure1