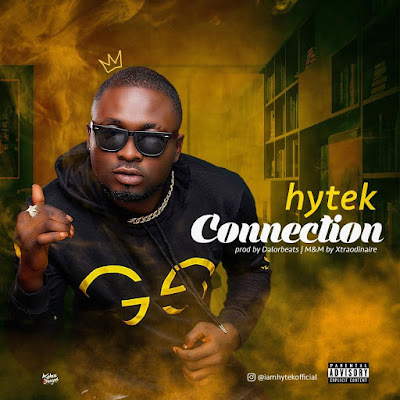 Here’s another banger from Bennett Okwuewuna Emeka (Hytek) who is a DELTA state indigene.He started doing music officially back in 2010, when he dropped a single titled YOU ARE THE BEST which was produced by Wizboyy.
After his widely accepted single Zaambia produced by masterkraft, And again Jubilate produced by Skellybeats. He is back again this time better with This new tune tittled CONNECTION produced by dalorbeats. Mixed and mastered by xtraordinaire.
Get conneted with Hytek via.
Facebook/ Hytek Benny
IG @iamofficialhytek
TWITTER @iam_hytekbox
DOWNLOAD MP3