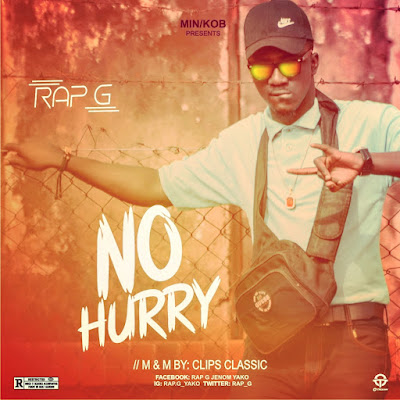 Afro pop Artist Jenom Yako popularly known as Rap G who his song iyawane was nominated as song of the year on top naija Music award also known as Mr Iyawa and was awarded with best artist of the at university of Jos, Has just dropped his new single titled”No hurry”M$M by clips classic under KOB NATION. No Hurry is the fourth hit singles dropped by the KOB afro pop Artist. His recent singles where “Jogodo”, M$M by incredible Mix from Jos Nigeria, ” Pullup”and IYAWANE”