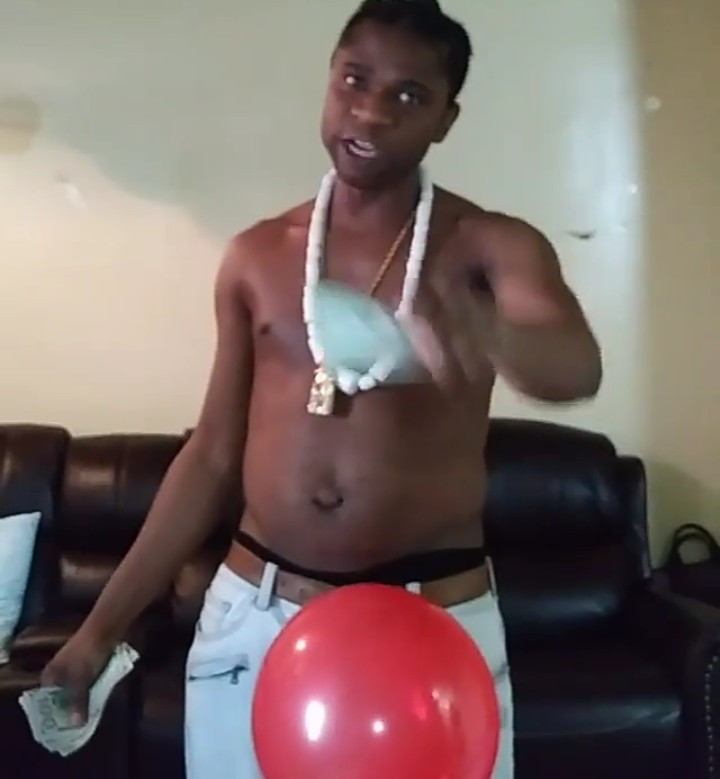 Speed Darlington is upset that even after 20 years in America and a Benz, women aren’t falling over themselves to have sex with him, and he has now threatened to employ voodoo to charm the women into his bed.
The Bang Dada Dang singer said in a video that women throw themselves at other male rappers but when it comes to him, they aren’t so willing to get into bed with him.
He complained that even with his Benz, he still can’t get any girl of his choice. He then warned women that they either fall for him willingly or he makes them fall by force with charms.
In a video where he had some money on her hands and a red balloon tied to his nether region, Speed said:

I don’t know how hard it is to blow this blom blom. I went from blue to red, still go, no go.
You no get bills? ( He displays the Dollar notes in his hands at this point). ehn? Or the rule change when it’s me? When it’s an African rap star.
But if it’s Black American, you’ll be running up and down, smacking it on your face. But when it’s me…
Wait till I win the presidency. Wait till I win. All of you will learn. Derereng bit**, derereng.
You better come blow this blom blom, I’m telling you. You better.
How the hell imma spend 20 years in America and I can’t even get a fu**ing threesome? What kind of sh** is that.

Sharing the video via his account, he wrote: “I drive Mercedes and yet I can’t trap girls named Mercedes what about Trisha. I had enough, this gentleman nonesense is not working I’m about to resort to voodoo you girls going to learn.” 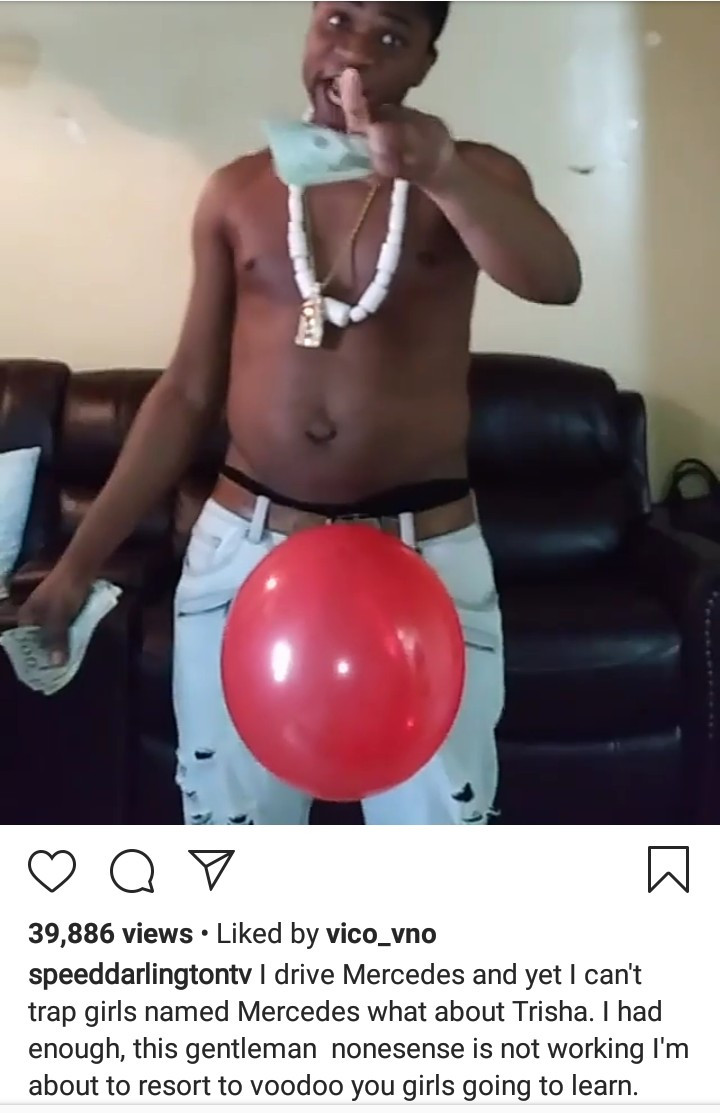