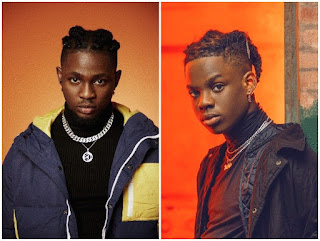 Their focus is on the audience. How they will make an impression and get “2 million streams in one day”. So most times, they tend to follow the regular blueprint of “release the lead single + the artwork”, hoping it will surely birth miracles.
Thing is, this doesn’t work for everyone. Especially for up and coming acts trying to string together a fanbase.
Here are seven effective strategies upcoming artist can utilize when planning a rollout for their singles or albums

The usual hype around an album is most times generated by the success or the receptivity of the audience to the first single.
But this strategy can come back to haunt acts who can’t boast of other quality tracks in the album aside the lead single.
This would leave a sour taste on the listener and he might feel unimpressed by the project totally.
Tease with the sleeper hits in the album. Or if you’re releasing a single, tease 30 seconds of the track.

2. Make use of several promotional channels

We’re slipping into a period where gaining attention of fans on social media is now a tough job and most have to implement giveaways to get people to notice them. Or cause controversies.
Months before release, start a mailing list. Drive conversations and engagements by sending a mail every week.
Become active on other social media platforms. There could be fans on these platforms that might like your kind of music. Don’t just build on one platform alone. Spread.

3. Create Diverse Content, Stop Depending on the album artwork to do the magic

“We’ll drop the artwork a week before release and we’ll trend it everyday”
Artists, please don’t. Engaging in this closes you out from the enormous bank of content ideas. The idea itself is boring.
Solution: Farm out pictures and videos of you performing at shows. Videos of studio recordings.
Upload a YouTube video breaking down every song on the album or explaining the story behind the album. People have a heart for behind the scenes, seeing how you came about the song, give it to them.

Artists like Cardi B and Drake have benefited from the immense power of Triller and TikTok. There’s even an article online that says “The best way to write a hit song is to make it TikTok friendly”
Work out a plan for these platforms. This will be part of post release promotion. It’s a way of making your song go viral and also getting user generated content you can post on your social media feed.
If it’s possible, create a challenge urging fans to dance to your song and the winner gets a reward.

It’s one thing to put all efforts in recording a high quality album but then you can slip into the category of those who were slept on just because no one wrote a review about it and blogs failed to post a notification of your release.
Months before release, draft a list of blogs and websites you can reach out.
Remember to tie down a narrative when pitching as this increases your chances of being accepted.

Ask around. Playlists are now the best way people get tuned to new music. Mood and genre based playlists on streaming platforms can get you big numbers and in turn people could go to your previous release to feel you more.
Be on the lookout for calls for playlist placement as this is very popular on Twitter. Build relationships with people who have independent playlists on streaming platforms and don’t forget to promote existing music released on social media.
Doing this helps to increase your followership and monthly listeners on these streaming platforms.

A day to your single or album release, you could host a live stream with fans either through Instagram Live or on Youtube.
Majority of your fans stream and thus because they want to interact, talk with you and get to hear you, they won’t hesitate to join you when you organize a live stream.
You can host a Qn A and also play some snippets from your upcoming album.

Releasing a single and not getting the expected results boils down to the quality of the single and the PR efforts. If your content is quality enough, people who listen will connect to it well enough.
So guys,

Did We Miss Out On Any Strategy?

Or Do You Have Any Other Tip That Might Help Upcoming Artists?